NBTF Board of Directors Names a New Executive Director

At its regular meeting in February 2015, the New Brunswick Teachers’ Federation Board of Directors unanimously approved the appointment of Kerry Leopkey as NBTF Executive Director. Mr. Leopkey will be the successor to Marilyn Boudreau who will retire at the end of May 2015.

Mr. Leopkey is a licensed teacher who served as Assistant Director of Human Resources at the Department of Education from 2001- 2009. During this period, he was intricately involved in representing the Department of Education in the application, interpretation and negotiation of different collective agreements including the Teachers’ Collective Agreement. Mr. Leopkey joined the NBTF in August 2009 as a Labour Relations Officer and in 2011 was appointed Chief Negotiator and Deputy Executive Director.

In addition to his bargaining experience, Mr. Leopkey has provided labour relation guidance and advice to both Anglophone and Francophone school districts in grievance handling and managing complaints involving human rights, workplace harassment and Policy 701. He has a strong background and work experience in the field of labour relations and human resource management. Mr. Leopkey is a certified teacher in the province of New Brunswick and holds a Certificate in Labour Relations at Queenʼs University. He has been part of the NBTF Administrative staff since August 17, 2009, and has been representing teachers on issues related to their working conditions. Mr. Leopkey intends to continue in his role of Chief Negotiator for the NBTF. The Board of Directors wishes him well as he begins his new duties. 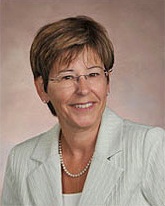 At this time, and on behalf of all New Brunswick teachers, the Federation Board of Directors would like to express its sincere gratitude to Marilyn Boudreau for the amazing work she has done in representing the interests of teachers in this province.

The Board of Directors wishes her well as she moves into retirement.

Return to all posts